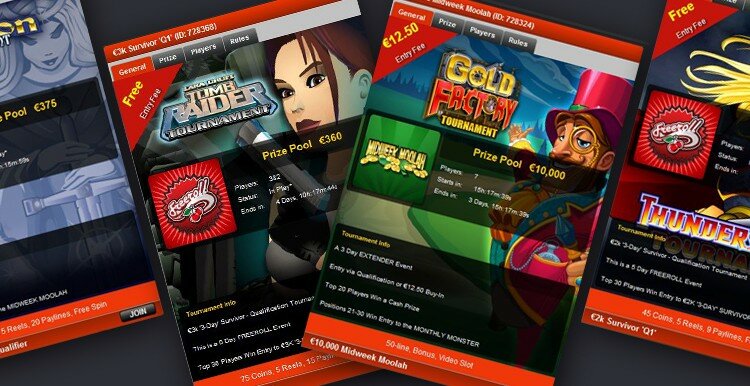 Microgaming have expanded the number of slots that are now used in the Slots Tournament module at download casinos such as Nedplay, 32Red and Euro Palace (see sidebar, left, for more). Popular games such as Immortal Romance and Thunderstruck II (see my Thunderstruck II review for more details) have been joined by Gold Factory, BreakAway and Santa’s Wild Ride.

The full list of games on which both freeroll tournaments and buy-in tournaments like Nedplay’s 10k Midweek Moolah now utilise are as follows:

If you are wondering why some of these lesser-know slots have been added then the answer is: I’ve no idea. Karate Pig and BreakAway aren’t exactly the most exciting games Microgaming ever launched in my opinion but there you go.

As a side-note, they also recently released a Multiplayer version of the Playboy slot which joins the original Avalon and Isis games in that format. Those are quite fun too but not currently used in slot tournament mode.